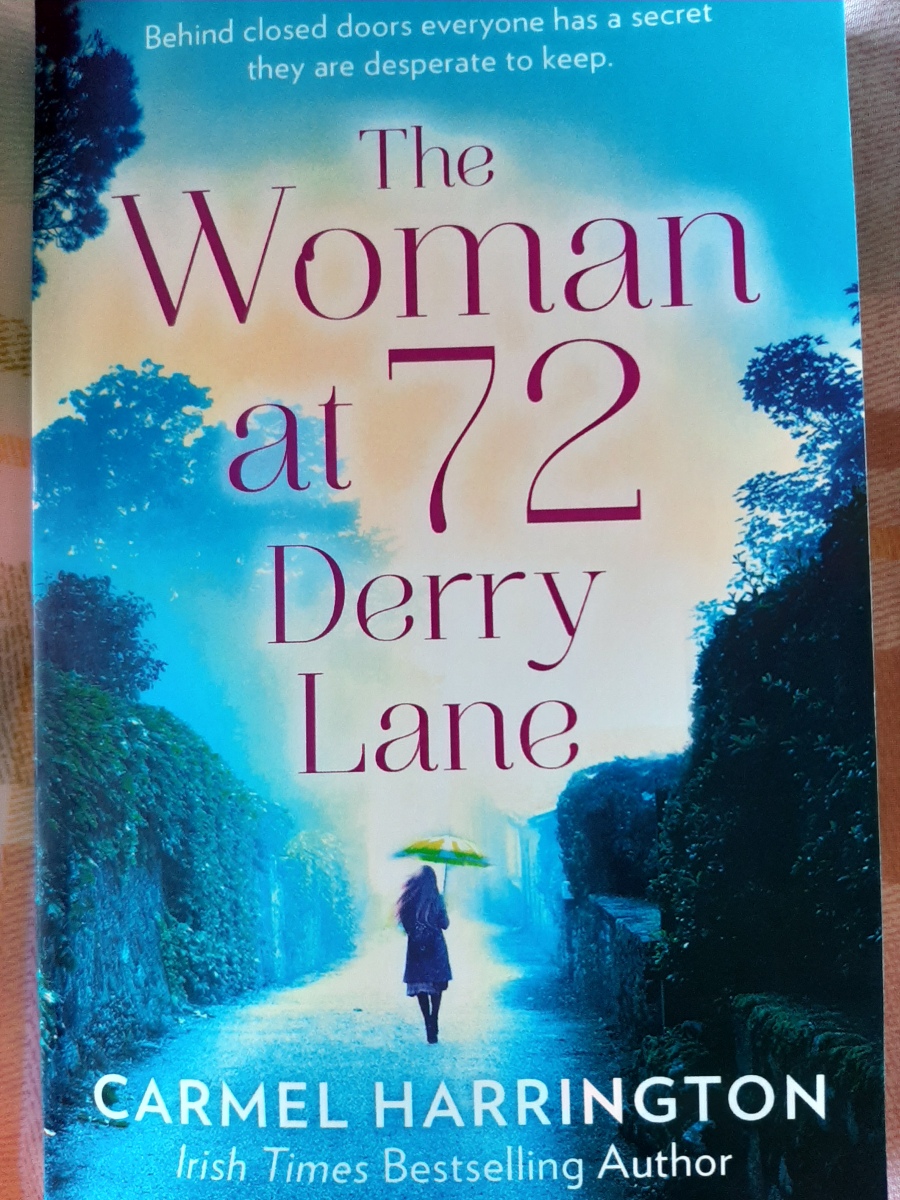 I know in my last review – On My Life, I was pretty gushing about it. I’m sorry to say, those of you that are buying books following my take might need to add The Woman at 72 Derry Lane by Carmel Harrington to your shopping list.

This book is set in Ireland so does feel odd to hear about Euros rather than pounds. But I’m sure we can get past that!

The book is narrated through three voices – Stella, Rea and Skye. Their lives all seem pretty separate until one day they collide. Stella lives with her husband Matt. Very early on in the book, we realise that although to the outside world Stella has the perfect life she is actually in an abusive relationship.

Rea is their neighbour. She lives on her own and never really leaves the house. She’s almost like the Bo Radley character from To Kill a Mockingbird, where people have started to make up their own conclusions about her life. But again, all is not as it seems on the surface.

Finally, we have Skye. She’s much younger – a teenager throughout the book, but we learn a lot about her growing up.

I’m not sure I want to say too much about the detail as the book as it really is one you should give a read to. It’s a page turner, but also an emotional rollercoaster. Any book that brings domestic violence in early is going to have it’s emotional moments but all the lead characters have raw emotions to deal with. It’s probably close enough to Christmas to pop it on the wish list, but maybe ask for tissues too.

Next up, I’ll be reading and reviewing The Valley by John Reneham.

One thought on “The Woman at 72 Derry Lane”